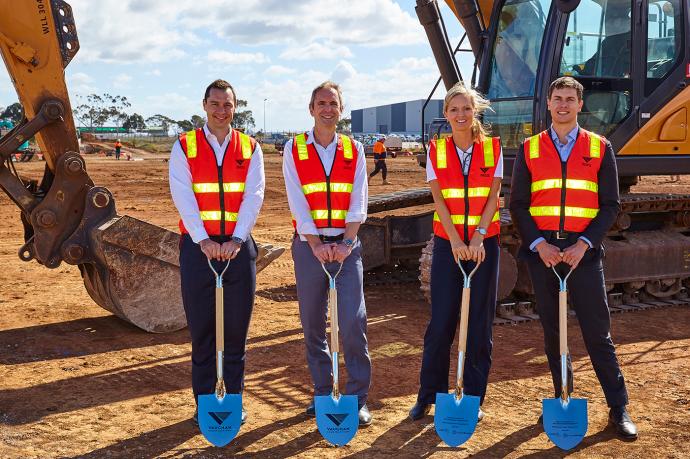 The partnership involves the construction of two speculative buildings of 17,000 and 6,000 square metres, on the last 4.7 hectares of land at Truganina estate, with a total end value of circa A$32 million.

''Cabot has taken a decision to capitalise on Australia’s very strong industrial property market, in what is arguably the nation’s industrial capital, with these speculative projects.

''We would anticipate both buildings would be leased during the construction phase, if not very soon after completion, such is the level of demand for new stock in this location.

''Indeed the surge in demand for this type of product has been the greatest I have experienced in the last decade,’’ Mr Byrne said.

Vaughan has contracted for industrial building works totalling more than $335 million over the last 12 months, driven by the massive surge in online retailing and the concomitant spike in warehousing and distribution requirements.

Mr Byrne said preliminary work on the new buildings, which will be perfectly suited to warehousing and distribution, was now underway with completion expected by the end of 2021.

''A growing country with a vibrant economy, Australia should see continued expansion of e-commerce adoption by consumers which has been a key driver of warehouse demand.  We look forward to making future investments in the world-class cities of Melbourne and Sydney,’’ Mr Ryan said.

Located near the corner of Palmers and Dohertys roads and less than 25 kilometres from Melbourne’s ports, airports and CBD, the estate has also attracted users including The Country Road Group, Pacific Brands, Bidvest, Emergent Cold and Kubota.