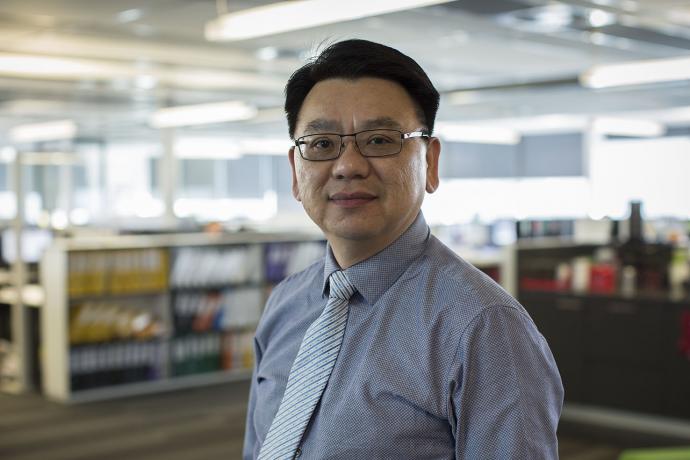 Posted in: Blog   board of directors staff team vaughan

In March this year, Vaughan Constructions Director Eric Law celebrated a 30 year milestone with the company.

Eric joined Vaughan in 1990 as an Estimating Manager. However, this was not the company’s first interaction with Eric.

In 1986 Eric first joined Vaughan as a graduate from the University of Melbourne after impressively achieving the University’s highest results.

He quickly rose through the ranks, becoming an integral member of the Estimating team.

However, Eric was on a student visa from Malaysia and once his study requirements ended, his time in Australia was up. He travelled to New Zealand and worked with Mainzeal in Auckland for several years.

The Vaughan team was not the same without Eric. Thankfully, Eric felt the same, and from there Vaughan Constructions sponsored Eric to come back to Australia.

To the delight of the management team and wider organisation, Eric officially re-joined Vaughan Constructions in 1990.

In 1992, Eric was appointed to the Board of Directors and has been a cornerstone of the Board ever since.

Eric’s talent, hard work and dedication not only shaped the Estimating team but the operations of the entire business. He has always been at the forefront of technology-based improvements to boost efficiency to provide our customers with a superior level of service.

Eric’s leadership and contribution to the company has helped to build the culture that encapsulates ‘The Vaughan Way’. He leads with the utmost respect and integrity which makes him an excellent mentor to all staff.

Managing Director Andrew Noble has worked with Eric for nearly all his career and shared the impact Eric has had on him.

‘’Eric’s the most intelligent man I’ve worked with. His influence in the industry is broad and the benefit I’ve received for having known and worked beside him for most of my professional life is immeasurable.’’

‘’Eric, you have honed your skills over the 30 years and are recognised as the market leader in the D&C industry. You have lifted the team with your dedication and hard work, and we appreciate it immensely.’’

Congratulations to Eric on an impressive milestone and an outstanding contribution to Vaughan Constructions and the wider industry.