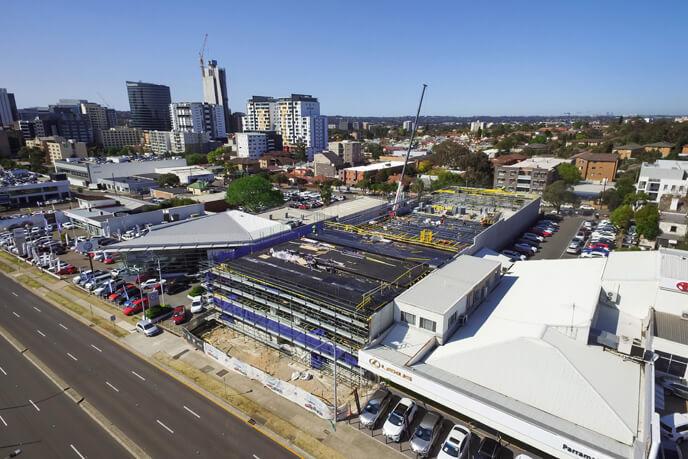 The sales of new motor vehicles in Australia continues to rise across the majority of states, spurring dealer network expansions in major capital cities.

With all states, except Tasmania, experiencing market growth it is understandable that dealers are reinvesting in their networks, with a number of major customer groups completing capital infrastructure works.

Construction is well underway in Parramatta’s established automotive precinct, with Vaughan completing a new facility for Jaguar Land Rover. The three level showroom, workshop and offices in Sydney’s west is expected to be completed in
the first quarter of 2018.

Essendon Fields in Victoria will be home to another European luxury car dealership when Jaguar Land Rover and BMW Mini open their doors at the Essendon Airport site in early 2018.

According to the Australian Bureau of Statistics, new vehicle sales for the month of August 2017, reached 100,809 sales, a total month on month increase of 0.3%.

Expansion continues also for Australian Auto Group with a 3,045m2 extension of their existing Fitzgerald Road premises in Derrimut.

Further expansion within the automotive sector is not solely limited to passenger vehicles. A surge in new buildings for commercial sales and service has emerged and Vaughan is pleased to be involved in the design and construction of Daimler Trucks new 11,853m2 retail showroom and a large scale service centre for Daimler Trucks, Mercedes-Benz, Freight Line and Mitsubishi.