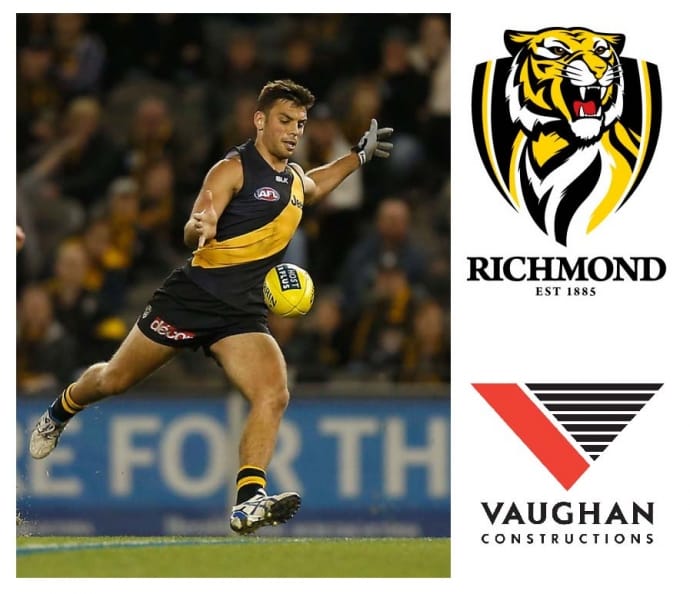 Vaughan Constructions has been announced as the Official Player Sponsor of The Richmond Football Club's star player, Sam Lloyd. Beginning his career at Vaughans in 2011, Sam juggled full time work with his love of footy with professionalism and dedication. At the end of 2012, Sam headed to the Frankston Dolphins to commit to football on a full time basis. In his debut season he kicked an impressive 38 goals in 17 games. He dominated in the VFL representative team, kicking four goals against WAFL.

Sam's hard work was rewarded when in 2013 he was drafted to The Richmond Football Club in the NAB AFL Draft. In 2014 he played 8 senior games wearing the number 42 for a return of 10 goals.

As a player, Sam is known for being strong at ground level and dangerous in the air. He's creative and reads the play extremely well. As a person, Sam is a hard working, down-to-earth, genuine and popular guy. He is someone who Vaughans is very proud to have affiliated with our brand, and we are thrilled to be his Official Player Sponsor.

In 2015 he will be wearing number 27 and we wish Sam all the best for a successful season.