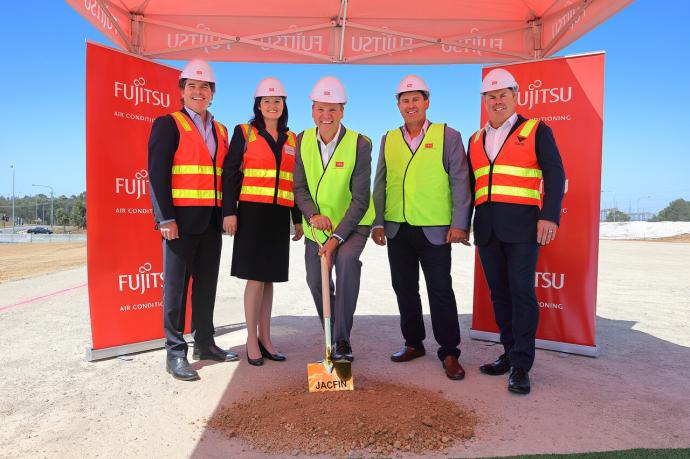 Fujitsu General has signed a ten-year lease with the current site landlord, Jacfin Pty Ltd and has appointed Vaughan Constructions to complete the construction of the multi-million-dollar development.

“The development will provide space and resource for Fujitsu General’s continued growth in the air conditioning market. The new office design will include a Fujitsu General showroom, on-site gymnasium, auditorium and outside green areas, which will encourage innovation, development and strengthen our ‘people first’ culture.

“The building design has a 5-star Green Star rating and follows the company’s sustainability philosophy, to ensure we continue to safeguard a rich natural environment for future generations.”

Andrew Noble, Managing Director, Vaughan Constructions commented: “This pivotal piece of infrastructure, will not only support the operational needs of Fujitsu General, but provides a superior work environment with exceptional staff facilities.”

The initial design concept was completed by Sydney based designers, ODCM, in conjunction with Fujitsu General and Vaughan Constructions. Completion of the new headquarters is set to take place in October this year. Fujitsu General will relocate to the new site late December 2018.