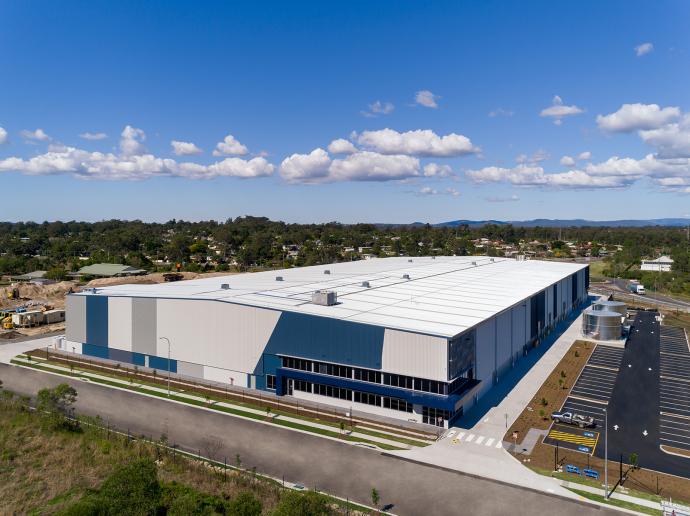 Vaughan Director, Mark Byrne, said the facility, Vaughan’s most recent project in South-East Queensland, was developed by McPhee on behalf of tenant Rinnai to accommodate their future growth. Rinnai will occupy around 60% of the facility with the balance of the area occupied by McPhee.

Mr Byrne said Vaughans’ project management team, including senior site manager Will Lindsay, had been able to deliver the new facility ''within a sharp timeframe’’ despite six weeks of ongoing rains through February and March and in the thick of the pandemic where social distancing for work groups had been especially challenging.

He said Vaughans had been more than impressed with Logan City Council’s efficient planning process.

''Logan City Council’s development friendly attitude greatly facilitated the delivery of this project. The relative ease of the planning process, combined with a rapidly evolving industrial market, has us keenly focussed on the south-east Queensland market,’’ Mr Byrne said.

The new Berrinba facility represents Stage 1 of a planned circa $60 million, three stage McPhee development which will include another two warehouse buildings of around 15,000m² each on two adjoining sites next door.

''We are delighted to be partnering with McPhee on this project as it builds on our existing relationship – including further projects we are working on in Melbourne - and has provided us with an exceptional opportunity to springboard our expansion into Queensland,’’ Mr Byrne said.