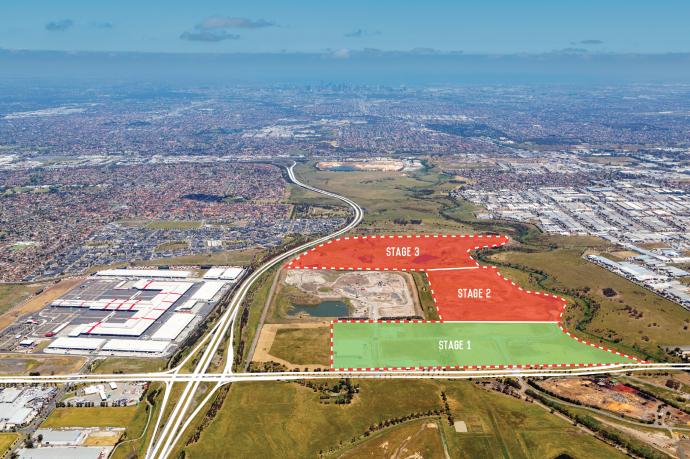 ''We are extremely pleased to be able to announce the Mirvac/Blackstone deals in launching a new estate to a northern Melbourne market which currently has an acute lack of quality industrial facilities especially so close to the Hume Freeway.''

''Mirvac and Blackstone are confident about finding tenants as they embark on what is a relatively new way of doing things in an evolving industrial market driven by e-commerce and a booming state economy,’’ Mr Byrne said.

He said construction would commence on both buildings early in the new year.

JLL Head of Industrial & Logistics for Australia, Tony Iuliano, who brokered the deal, said it was likely there would be more speculative deals of this nature as demand for new, efficient, and well-located industrial buildings grew and supply continued to diminish around the country.

''This is one of Victoria’s best industrial markets that we have seen in years with significant rises in land prices, rental growth, and unprecedented tenant demand. We are also seeing $20 billion of unsatisfied capital both offshore and onshore looking to deploy into the Australian Industrial & Logistics sector,’’ Mr Iuliano said.

The deal follows a similar speculative, circa $37 million build that Vaughan is currently undertaking for Frasers Property at Maker Place, Truganina in Melbourne’s west. The deal includes two office and warehouse buildings totalling 30,885 square metres on a 4.98 hectare site.